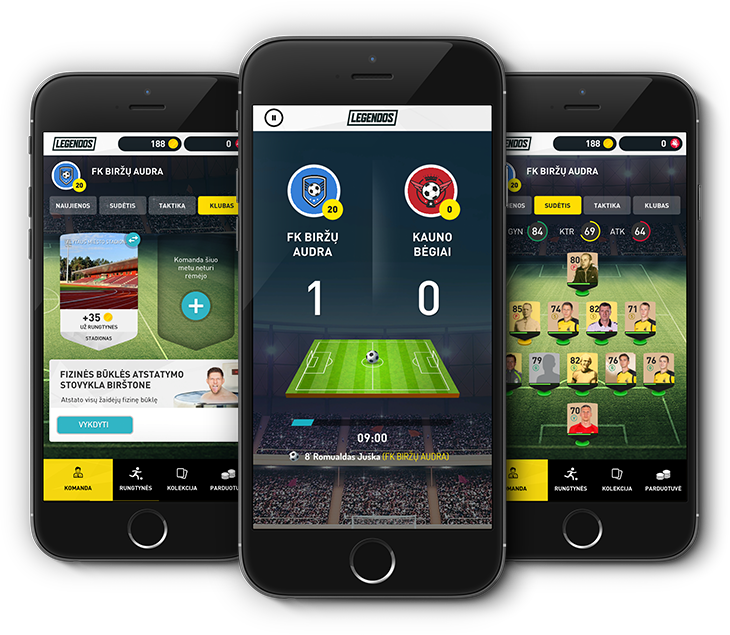 For almost a hundred years, the Lithuanian Football Federation (LFF) has united football enthusiasts across different age groups. The federation decided to move into the fast-growing mobile apps sector with LFF Legends – a sports game which promotes football and its history. Released in 2017 by SneakyBox and LFF, it was the first official and licensed sports game in Lithuania. 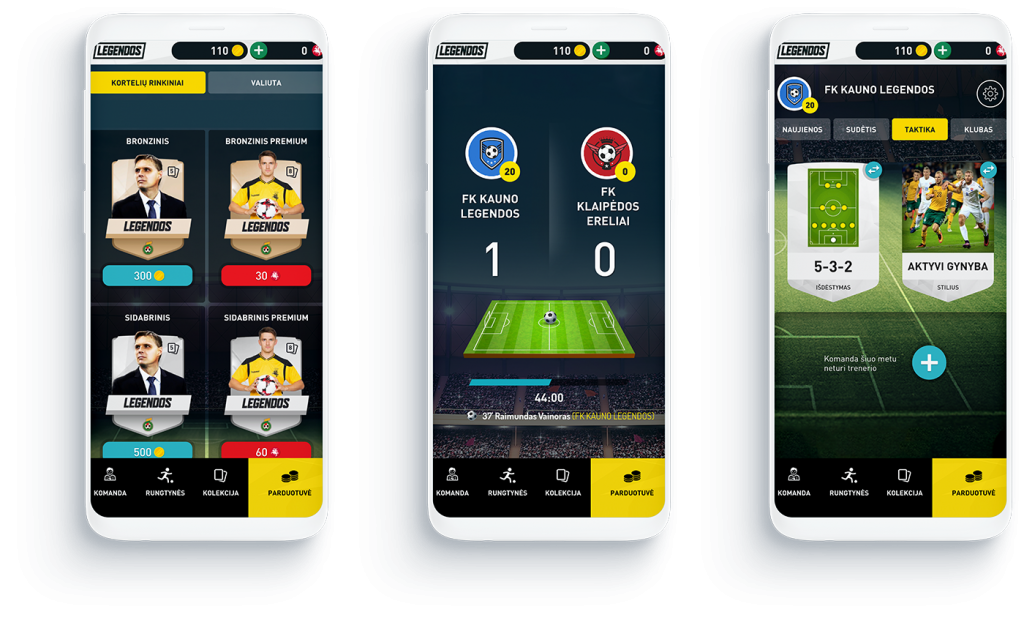 The mobile app SneakyBox developed for LFF gives users an opportunity to enter the world of football and play games with a wide range of famous Lithuania’s football players, including those who have played in the national team since 1939.

First of all, they chose a team of 11 players plus 1 coach, 1 sponsor, 1 formation and their preferred strategy ‘cards’. They can then decide whether their chosen Lithuanian representative team will participate in a final championship in Paris or Moscow. They can play against an AI or compete with their friends and other players. LFF Legends is currently available on Android and iOS platforms.

There were demanding time pressures on creating this app. In the four months allotted, SneakyBox not only had to create the game design, but also collect the statistics of every football player and obtain all the commercial licences required.

Our team found photos of the players from year 1939 in LFF’s archives, and had to enhance them to match modern digital standards. It was difficult to contact all of those legendary former players, so to get permission to use their images SneakyBox had to communicate with their representatives.

Specialists from Lithuania’s Football Federation collected all football players’ statistics from their databases and we then converted this data into in-game statistics. LLF also helped Sneakybox to get permission to use the majority of the player and coach images.

Our team enhanced the player pictures by increasing the contrast, separating the players from the background and recreating some of the missing details.

SneakyBox worked with one of the most popular and advanced game engines – Unity -to implement all of the functionality quickly and deliver a flawless gaming experience to LFF Legends players.

“I really recommend everyone to play this, because you get new experiences, also you get to know the legendary football players, even the former ones.” – Domantas

“In the game, you get to know today’s Lithuanian football players and the former players too, you can also see how they play against each other.” – Pijus

“I liked the game, the excitement to play can catch you so easily.” – Martynas 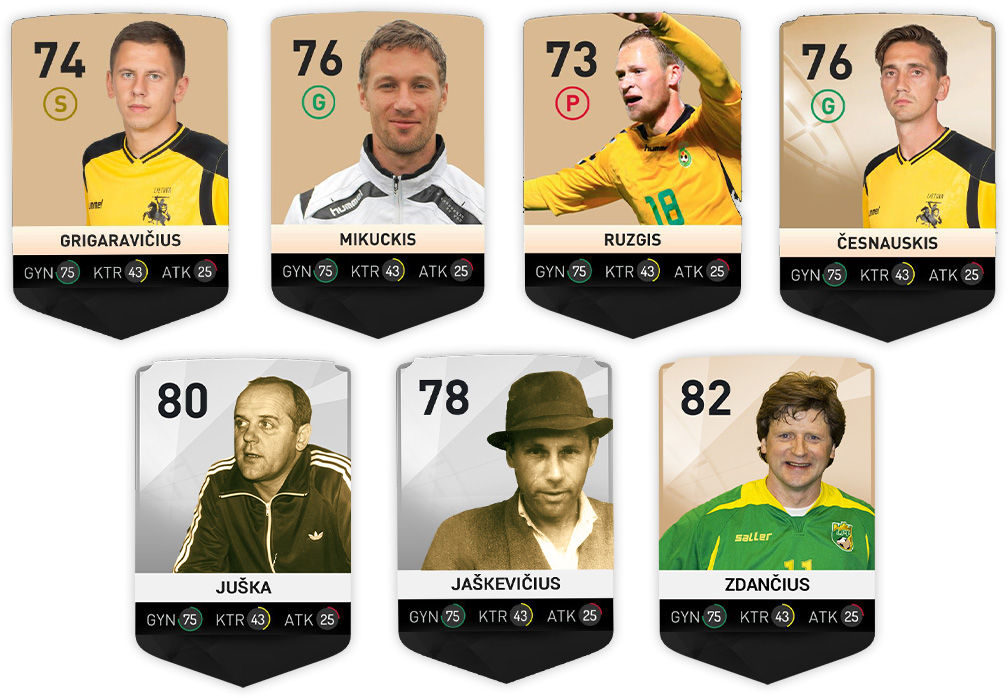