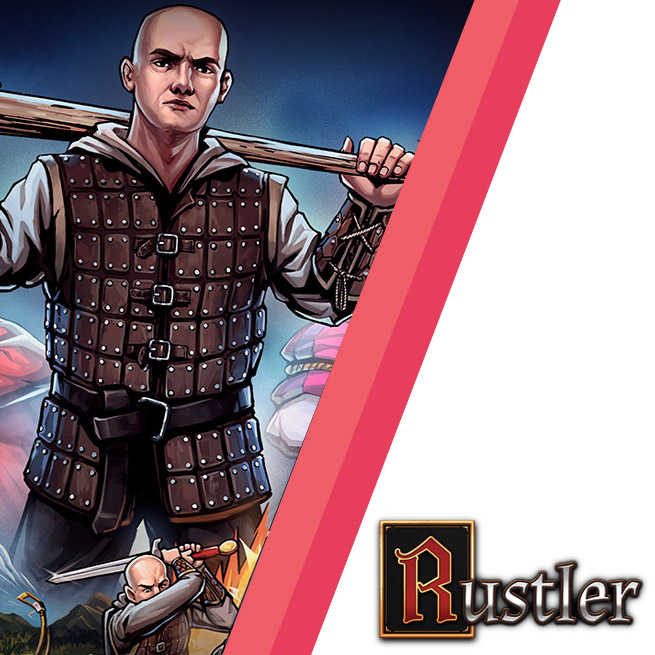 We worked with MODUS, the publisher of Rustler, developed by Jutsu Games a few times before. They always bring us exciting challenges and give us a chance to work on fascinating games.

Meanwhile, Jutsu Games is a studio that focuses on creating games with innovative gameplay. “Jutsu” translates to technique, method, or skill, which perfectly encapsulates their work. 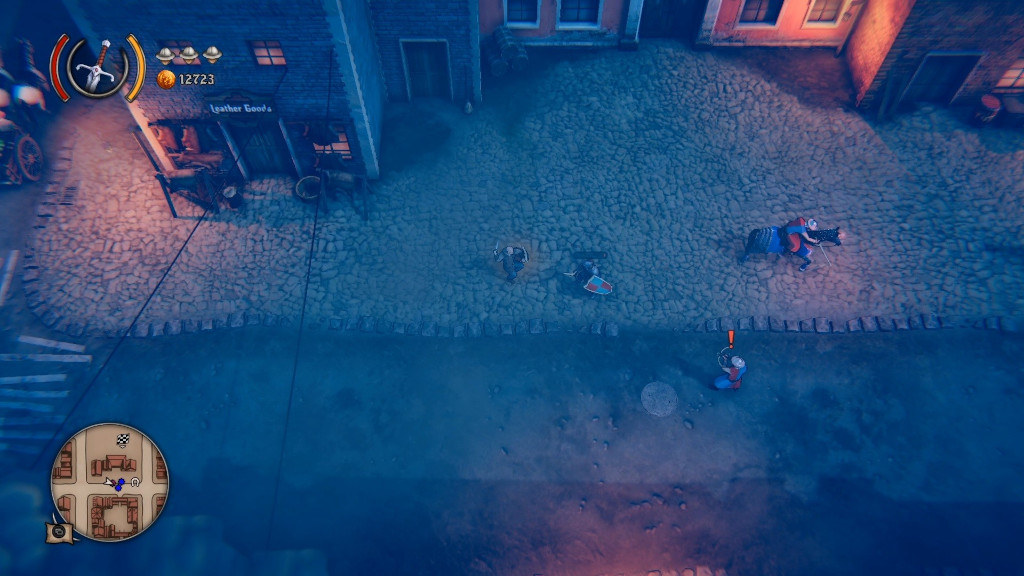 Rustler mixes a variety of iconic inspirations, from GTA2 and its tight top-down gameplay to the timeless humor of Monty Python’s “Holy Grail.” It flips the tried and true formula of being the hero of a medieval world by putting you in the shoes of a thug named Guy, who is anything but an honorable knight. Stealing horses, beating up guards, and stripping knights of their precious honor is just a small part of what you do in Rustler’s dark, cynical, and hilarious world filled with pop-culture references and homages.

We had to port Rustler from PC to Xbox One, Xbox Series X|S, PS4|5, and the Nintendo Switch. It was our first time porting a game to so many platforms, so naturally, we were more than excited about this challenge.

However, the catch was that Rustler was still in development. That meant we needed to think fast and adapt to an ever-changing environment. Our goal – make sure the ports are as close to the developer’s vision as possible. 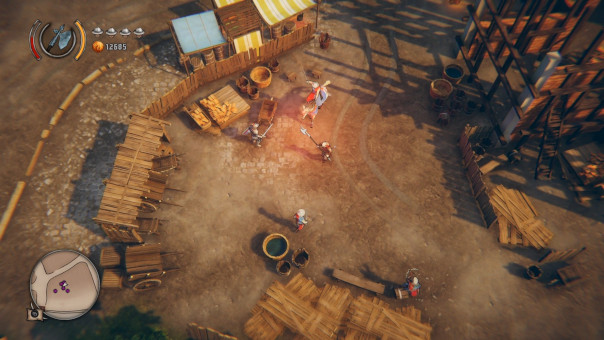 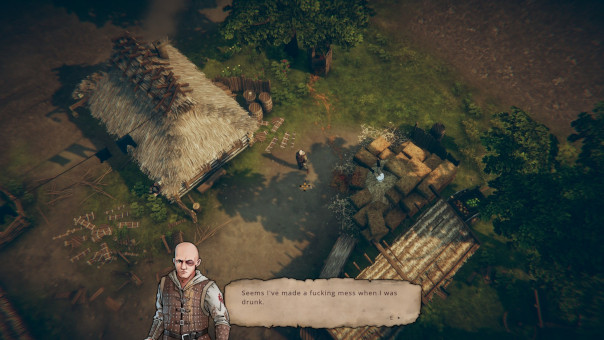 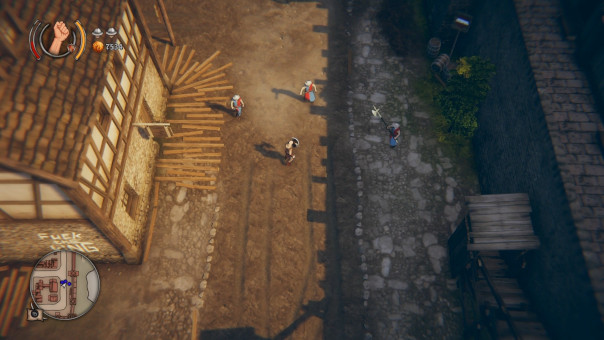 Porting Rustler to the 9th Gen consoles kept us in our comfort zone. On a technical level, it was smooth sailing. However, as the game was still in development, we needed to react quickly to changes being made to the game. This involved everything from changing assets to adding, removing, or changing various mechanics as the game evolved.

8th Gen consoles, on the other hand, posed a different problem – the hardware seriously struggled to run Rustler.

The 8th gen platforms initially suffered from a low FPS due to the many NPCs and small intricate animations Rustler required to liven up the world. The limited RAM on the consoles didn’t deal well with this. To add to the problem, the animations themselves were very resource intensive. The original game version ran animations and NPCs that were off-screen as well, and with Rustler being an open-world game, it was A LOT.

To overcome this issue, we decided to optimize and polish up said animations, ensuring they require far less RAM. To help the game run even smoother, we changed it to run the scrips for assets on the actual screen instead of the entire world.

On top of that, we reworked many of the assets, reduced polygon counts on models while trying to retain visual fidelity, and reworked many parts of the map to get Rustler to run as smoothly as butter finally.

In the end, the project was a success – you can play Rustler on Xbox One, Xbox Series X|S, PS4|5, and the Switch. We couldn’t be happier about tackling this challenge that seemed a little intimidating at the start. Sometimes it still feels hard to believe that we managed to optimize the game to the point where 8th Gen consoles run it like a charm despite being stretched to their limits. Whatever your choice of the platform might be – the medieval world of Rustler is ready for you. Become Guy and experience all the laughs, violence, misadventures, and “grand theft horse action” that will keep you on the edge of the seat.